[Soul Breaker] So you want to become a slot machine?

Figured out a tough quest? Want to help out newbies learn the ins and outs of L2K!? Or a newbie seeking help? Post/check out Player Guides for information!
Post Reply
1 post • Page 1 of 1

[Soul Breaker] So you want to become a slot machine? 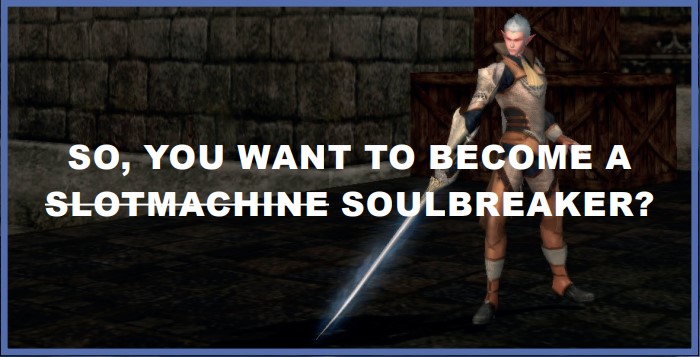 Soulbreaker is quite a fitting name for the class you‘re interested in - you either break your own soul, because you don‘t get any crits and hit like a wet noodle, or you crit everything and break your oponents soul. One soul will get crushed

Your choice of class already says a lot about your personality. You‘re probably some hipster who‘s always trying to play classes that aren‘t very popular at the moment. Well, good choice then. I think, I‘m the only Soul Breaker playing right now.

So, here‘s what you should know about the class: 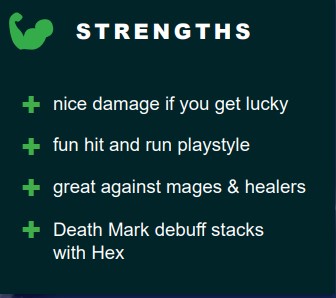 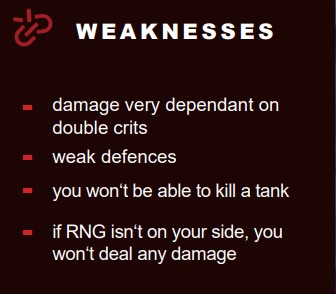 OVERVIEW:
You are a melee-midranged hybrid class. It basicly plays like a mix of mage and dagger. Since you‘re a light armor class and your cooldowns are rather low, I would recommend adapting a hit-and-run playstyle for PVE and PVP. No use getting hit while waiting 2-3 seconds for a cooldown to come back up. On normal L2 you were still able to do substancial damage with autoattacks but this is not really the case here. Your damage comes from abilities.

And here starts the fun or frustrating part (depending on your general outlook on life) about this class: you can deal a very large amount of damage in a very short amount of time (also from quite a distance) but you can also hit like a veeeeeeeery wet noodle.

How, why, wtf? The machanic is called „double crit“. Basicly your base ability deals 200 damage on a target and has a chance to critically strike, doubling it‘s damage to 400. Most of the skills end there, but we are real slot machines. If we get lucky, our critical strike criticly strikes! Yeay, fun! You are therefor able to do either 200, 400, or 800 damage with the same ability, depending on your luck. And here‘s the even more fun part: every single one of your damage abilities works like that. So if you‘re really lucky, you‘ll make someone really sad in a pvp situation.

YOUR ROLE IN PVE:
pretty simple. You deal damage. I will go over the diff erent abilities and their uses later, but people want you (or one of the other Kamael classes) in a raid group, because you bring Death Mark. Death Mark lowers P.Def and M.Def of the target.

However, it does get consumed when ever you use one of your fi nishing moves. So it‘s defi nitely best to wait with your fi nisher, until you have another ability up to instantly apply Death Mark again. Keeping up this debuff will overall increase your groups damage, while lowering your personal e-peen numbers slighty.

YOUR ROLE IN PVP:
pretty simple. You deal damage - sometimes. You‘re abilities off er you a well rounded skillset to go against mages and healers. You have a silence that lasts for 8 seconds, which in itself can win your group a fi ght. If their healer can‘t heal for 8s, that means someone dies. With your Hide skill and your slows, root and blink, it‘s pretty easy to stick to a target (the blink takes some time to get used to). Recommended to team up with a
dagger and just blow up the enemy‘s healer. Keep in mind that Armor Breaker doesn‘t stack, so you‘d ideally coordinate with your dagger who uses it fi rst, to get a sweet 10s of naked enemy butt.

GEAR:
Pretty simple, get the best light armor you can get and also the best weapon you can get. Your priority should be on the weapon since you will be kiting inbetween skills, so you don‘t get hit much.

Get some nice enchanted jewels because your job will be fighting mages and healers mostly and those resists on roots and sleeps are important. 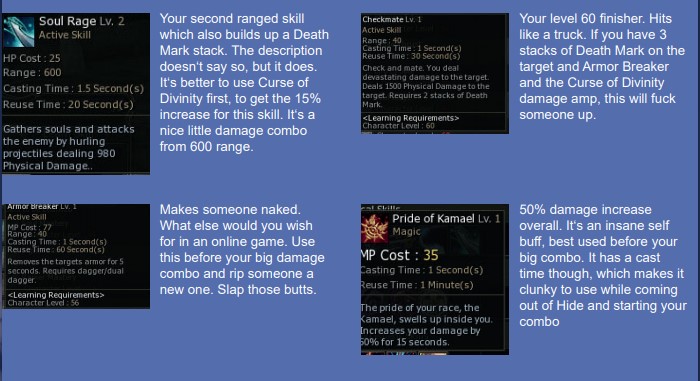 Of course there‘s situations where it is more ideal to use your Root or Hide. You will get a feeling for this after playing for a while. Just keep the optimal combo of skills in mind and learn to improvise when the situation presents itself. You will most likely not be alone on the target, since your priority target should always be the healer. So coordinate between your daggers or other dds how you want to use Armor Breaker and slows/roots.

Well there you go, if you have any questions pm cra ingame. I‘m happy to help you out. Start leveling and roll these dice. May you never get wet noodle numbers!
Top
Post Reply
1 post • Page 1 of 1